by The Successful Failures 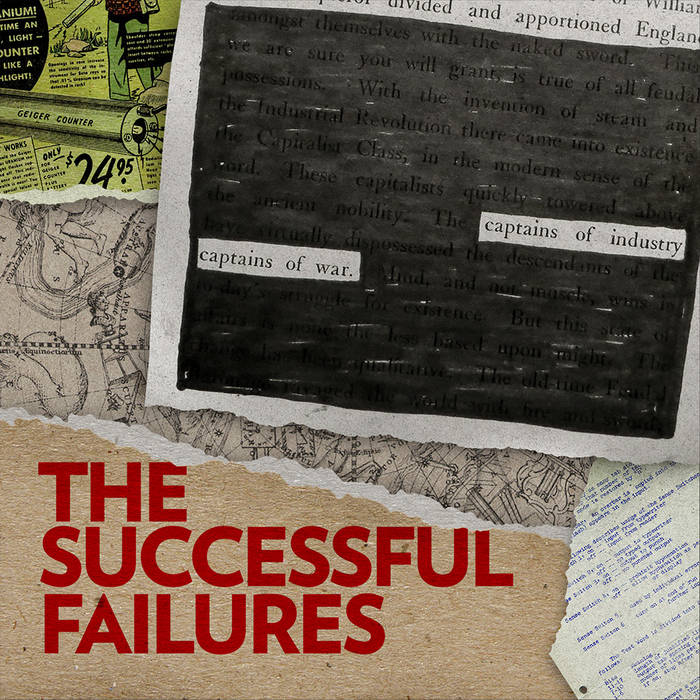 The Successful Failures--Captains of Industry, Captains of War (FDR).

Also, Captains again shows impressive range, pleasantly sprinkling in acoustic-built gems such as the elegiac, quietly heartbreaking, piano-fed “Falling Out” and “Meal” alongside sublime guitar rockers such as “Stagger Lee” (an twist on the wicked protagonist of the 19th Century folk/R&B classic with a reference to a 1969 Neil Young LP), “Sunny,” and the evocative—of another folklore archetype—“John Henry.” Like The Replacements’ Pleased, Captains sees The Successful Failures slimmed from a quartet to their initial threesome. Second guitarist John Williams “had to leave to open a running store,” explains Chorba,” bringing them “back to the original roots: songs I wrote that are band arranged. Some are more on the alt.country side, but we wanted it to be an up-tempo rock ’n’ roll record. We record live, no click track, so it has the right energy, at our studio FDR studio C.”

In addition to their new EP, Pine Hill, covering Old Crow Medicine Show, Johnny Cash, and Hank Williams Sr., The Successful Failures often do acoustic shows with covers of Buddy Holly, Elvis Presley, and Irish folk. Clearly they do it all, with spirit, intelligence, determination, and sneaky power. And Captains is their best.

FDR Label is the small NJ indie label with the big power pop heart. Formed in 1996, FDR Label is known for wildly popular tribute CDs to the Replacements, The Who, and the 80s movie tribute, High School Reunion.